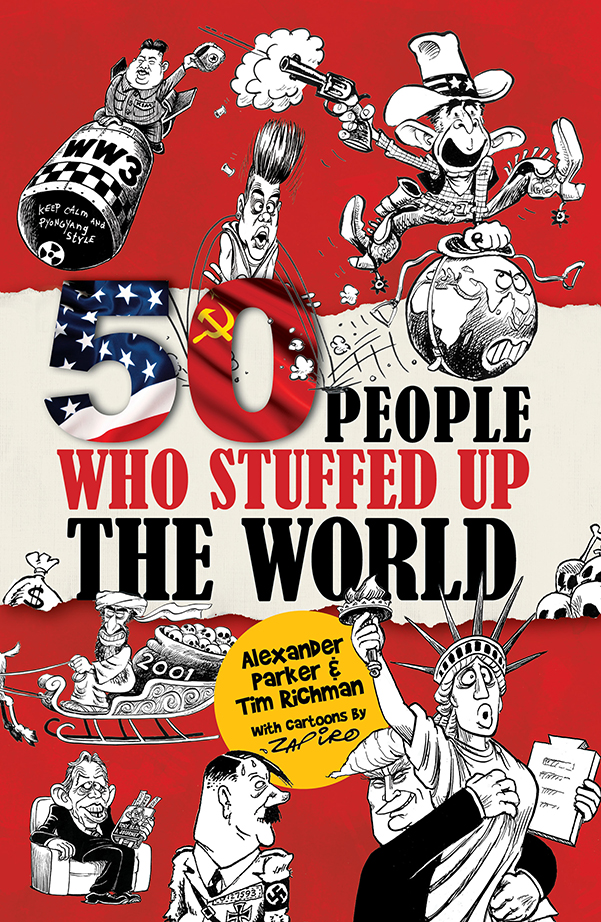 50 People Who Stuffed Up the World

“[A] holiday pleasure [with] much to ponder and enjoy – not least the delightful savvy of a tight text that, at times, runs with the speed of audience-grabbing bar yarns… Perhaps the biggest plus of the book is that it rekindles the colourful tapestry of the history we lived and live in.”

“Fascinating… Something for Christmas, for all your uneducated, stupid, stultified children. Get them to read something about history so they don’t embarrass themselves the next time you have your friends around and they want to give an opinion about communism.”

“A depressing list of male and female villains that nevertheless had [me] hooked.”

Who are the greatest villains, direst leaders and most offensive personalities to have spread their regrettable influence throughout the modern world?

From Amin to Zuckerberg – via Mao and Mengele, OJ and Osama – 50 People Who Stuffed Up The World is filled with the nastiest names from the 20th century and beyond. These are men of infamy (and a handful of women) who have steered our good ship Humanity towards the World-War-fighting, smartphone-tapping age we are mired in today, with their totalitarian visions of global dominance (Hitler, Stalin, Rhodes), ruinous warmongering (Blair, Bush) or tragic egos (Trump, Chávez). But the obvious political despots and historical heavy-hitters are just the half of it; there are also the foreign state cultists (the Kims), the foreign state capturers (the Guptas), the hopeless inventor (Thomas Midgley), the Twitter inventor (Jack Dorsey), the clothes-less emperor of modern art (Charles Saatchi), the father of the A-bomb (Robert Oppenheimer), architects of failed social experiments (Verwoerd & Malan), the less-expected sports villains (Diego Maradona, Nick Bollettieri) and the talentless icons of modern celebrity-dom (Kim Kardashian, Justin Bieber).

The result is a book with both global and South African appeal that is part popular history, part social commentary, and all excellent entertainment.

ABOUT THE AUTHORS AND ILLUSTRATOR 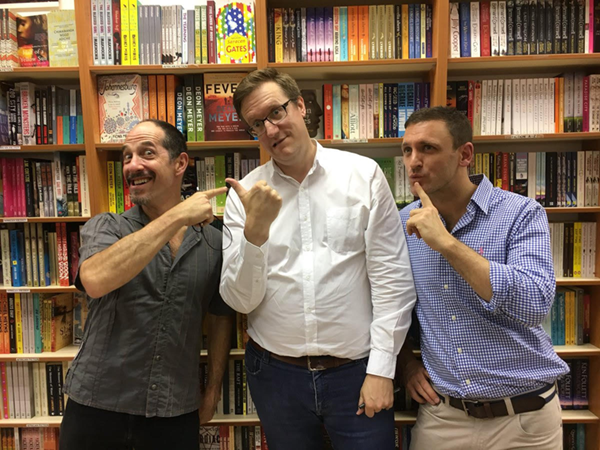 Tim Richman (right) is an author and the publisher at Burnet Media.

Purchase 50 People Who Stuffed Up The World  today. 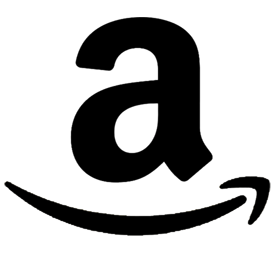